Laydon thanks voters for second term

Along with state and municipal races, several county races were on the ballot for Douglas County voters on Nov. 8. These races included selecting a new sheriff and a new clerk and recorder for the county.

As of 9:30 p.m., Republican Darren Weekly declared victory in the county sheriff's race.

In the clerk and recorder contest, Republican Sheri Davis maintains a comfortable lead while Commissioner Abe Laydon appears poised to be elected to a second term in District 1. 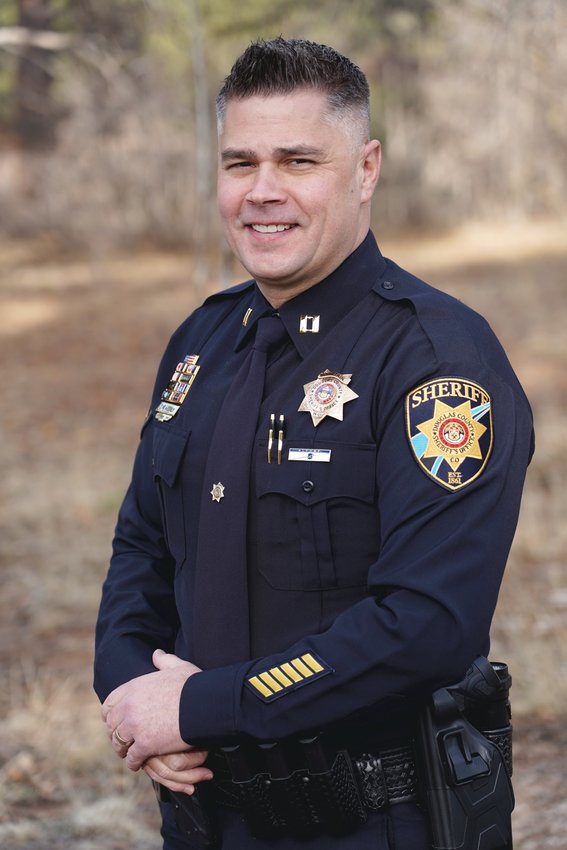 Captain Darren Weekly oversees the Douglas County jail. Over the past few months, much of his energy has gone toward preventing the spread of …
Douglas County Sheriff

With just over 90,000 votes, Weekly declared victory. Behind him, unaffiliated candidate Michael Phibbs had just over 38,000 votes as of 9:30 p.m.

"I'm honored to be the next sheriff of Douglas County," Weekly said. "I'm going to serve with honor and integrity and I look forward to taking the organization to the next level."

Spurlock reached his term limit after two consecutive four-year terms, first elected in 2015 and re-elected in 2018.

In the primary elections, Weekly beat out three other Republican party candidates with 34.48% of votes. Just behind him was John Anderson with 33.41% of votes.

Other candidates in the primary race included Holly Kluth, who is currenlty suing Spurlock, with 18.06% and Douglas County Commissioner Lora Thomas with 14.06%.

Weekly, the current investigations division commander at the Douglas County Sheriff’s Office, said his priorities include putting more patrol deputies on the street, addressing the rising homeless population in the county, maintaining a relationship with the school district to ensure school safety, and increasing resources for responding to mental health crisis calls, according to his campaign website.

With a lead of about 24,000 votes, Republican candidate Sheri Davis is headed to victory over challenger Democrat Karen Jefferson.

Davis could not be reached for an election night comment, and as of 9:30 p.m. Jefferson was not ready to concede.

"I'm a first-time candidate, so I'm just kind of riding out the whole process," she said.

Whoever wins the 2022 race will be a new clerk for the county, as Merlin Klotz has reached his term limit after two consecutive four-year terms. 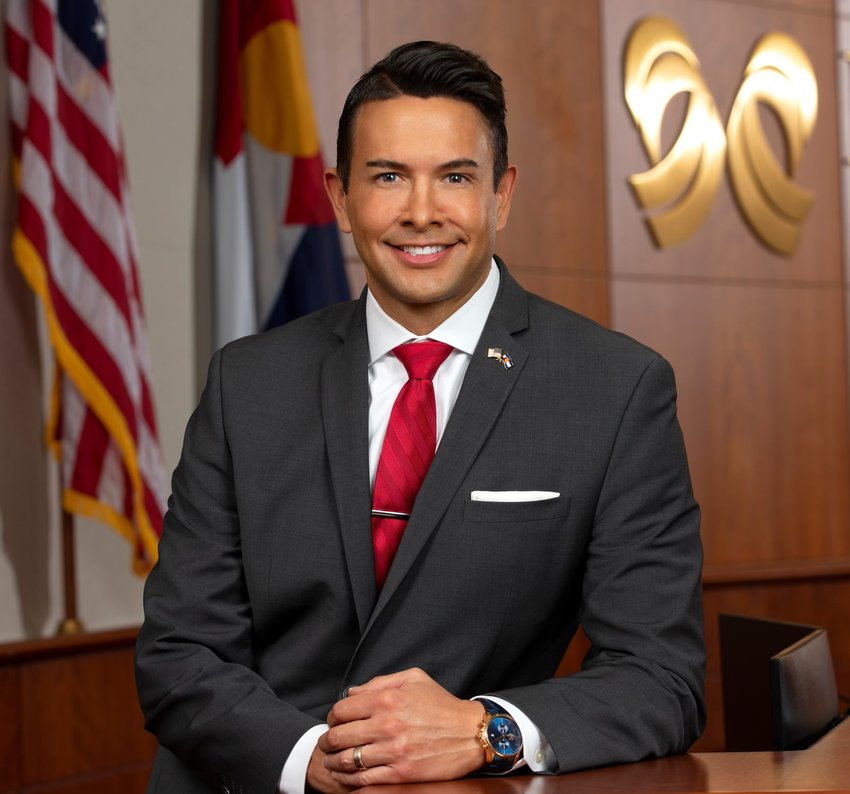 Republican Abe Laydon is cruising toward reelection as the latest ballot counts point to a victory over Democra Kari Solberg.

In his acceptance speech, Laydon said being reelected shows that while there may be disagreements, he feels the voters trust him to represent county interests and manage a half-billion-dollar budget.

"Listen, when you run as an incumbent in a place as large as Douglas County, with citizens as smart, aware and capable as you all are, political talk is meaningless," Laydon said. "You already know me, you know my record, you know how I vote, and you know me as a person."

Thelma Grimes contributed to this story.

Election results will be updated on election night, Nov. 8, and, as necessary, on Nov. 9 or later. Check back for the latest results.

How a Democrat won in Douglas County

Thomas threatens Douglas County with legal action over cost of being investigated
A long-running conflict between Douglas County’s elected leaders could continue after county Commissioner Lora Thomas signaled she might take action to have her legal bills paid back if the county doesn’t decide to pay the cost.

Rep. Jason Crow, LGBTQ+ advocates reflect on Club Q and need for change
Two months after the Colorado Springs Club Q shooting, U.S. Rep. Jason Crow sat down with 16 LGBTQ+ community advocates at the Transgender Center of the Rockies in Sheridan to discuss the needs and …
South Metro Fire Rescue says no changes to emergency service expected after sending homeowners letter
Residents in the south Denver metro area may have felt confused when they received a letter from their firefighting agency about an “amended service plan.”

New VA Clinic to be built in Castle Rock
VA Eastern Colorado Health Care System (ECHCS) hosted a town hall at the Castle Pines Library Jan. 30 to discuss plans for the new Castle Rock VA Clinic and the expansions of the PACT Act and COMPACT Act.